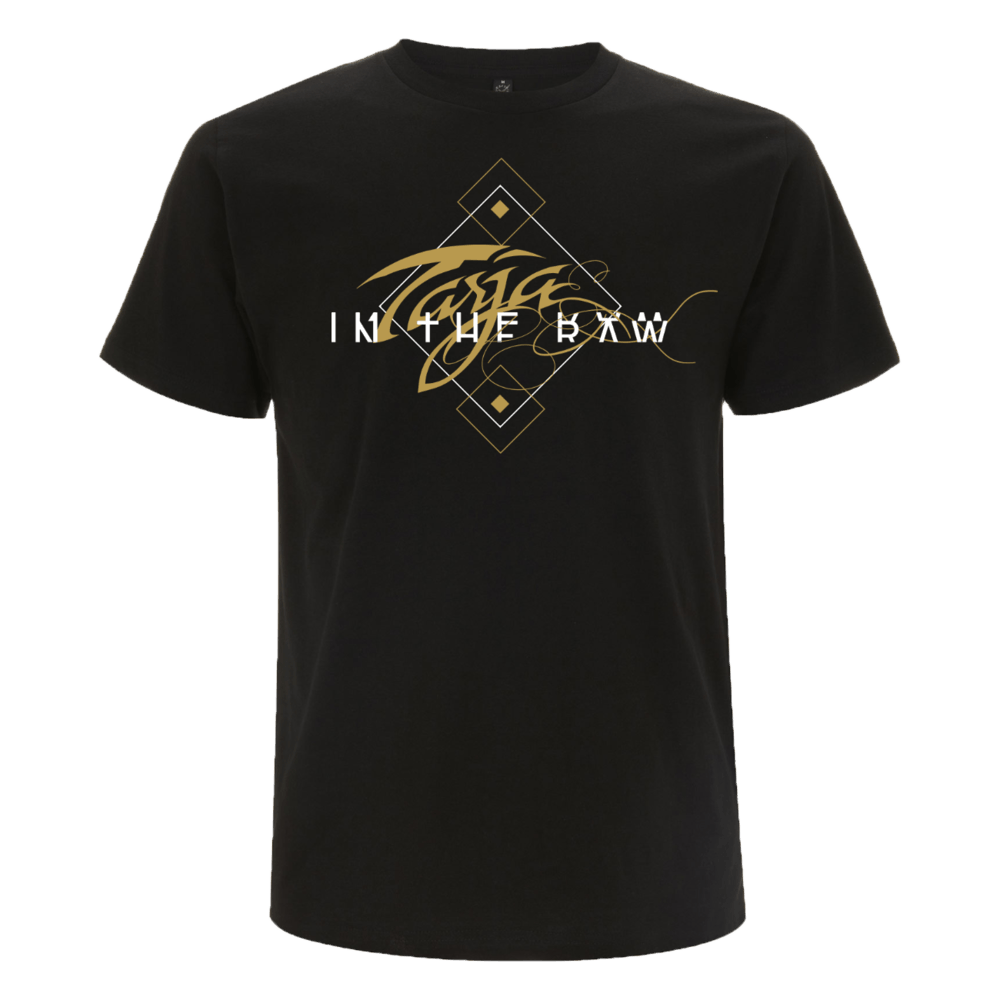 In The Raw (T-Shirt)

The first look at the album, the brand-new song “Dead Promises”, is all this and more. Matching the stunning power of Tarja’s voice with a thunderous guitar, the aggression she speaks of is brought to the front, not threatening to shatter something fragile, but reinforcing its power. “I really like how the guitar sounds: in your face,” she says. “If I’m singing powerfully, I need something powerful behind me so that I don’t feel like I am left alone.”

The concept of gold and its raw state extends to the album’s artwork. In start, here we find Tarja in St Michael’s Cave, Gibraltar, framed in vivid colour and golden sheen.